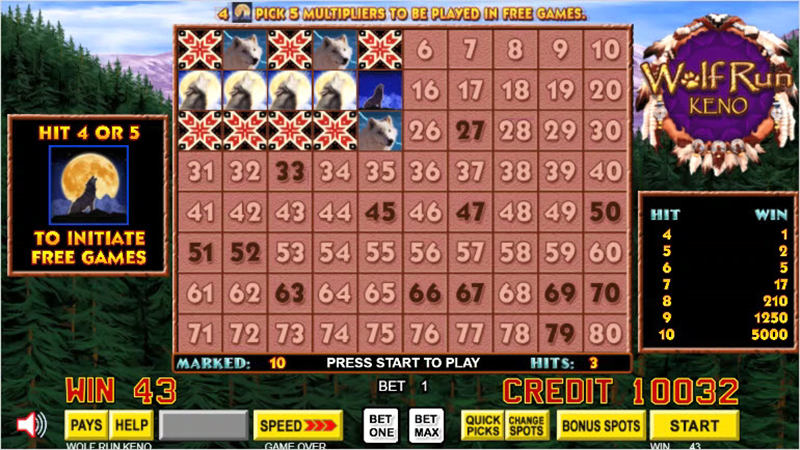 Action Gaming's Wolf Run Keno is a keno version. A free spin bonus with random multipliers is available in the game, and it can persist for several spins.